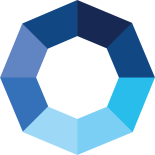 480,000 People Come Together for the Year’s Largest International Meeting: The Olympics

When you think about meetings and events, what images come to mind? A hotel ballroom, convention center or conference room? A frenzy of business professionals engaged in networking and negotiations? A team of colleagues sitting around a table, tackling a difficult challenge together?

These images are common depictions of the work we do as an industry. But they’re not the only ones. The contributions we make cannot be defined solely by what happens in conventional meeting spaces, and the Olympics are a testament to that.

More than 11,000 athletes from 200 nations have gathered in Rio de Janeiro to participate in the 2016 Summer Olympic Games. The International Olympic Committee estimates that 480,000 people have flocked to the city to watch them compete.

Together with the local hospitality industry, the IOC has organized thousands of spectator events during the past two weeks across more than 30 different venues. Despite initial concerns over the Zika virus, Brazilian water quality and safety of visiting tourists, our Rio colleagues have succeeded in honoring the Olympic tradition set forth by our predecessors in a way that benefits people, businesses and local communities.

The energy and excitement of the Olympic Games is palpable – even for those of us watching the events from thousands of miles away. A recent broadcast from NBC’s Jacqueline London offers a look inside Barra Olympic Park and the people attending this year’s Games. London reports, "Just being around the Olympic venues is as exciting as getting the coveted tickets to be inside, surrounded by others who share the same passion you do, for countries coming together and all that is signifies. You hear so many languages from all over the world representing the people who are here, and they’re all there in that line for one goal. A much needed sense of unity in a time that can be very divided.”

An article by ABC News further underscores the personal connections generated at the Olympic Games. “Athletes at the 2016 Rio Olympics are making new friends and keeping the old,” the outlet jokes, noting the friendships formed between members of the U.S. swimming and basketball teams.

Not to be outdone, the Washington Post illustrates a "touching moment...when American Abbey D’Agostino and New Zealander Nikki Hamblin tripped over each other in a women’s 5,000-meter heat, then helped each other finish the race in a stirring display of sportsmanship and camaraderie.”

The Rio Games are expected to generate a massive $4 billion in revenue by week’s end. According to Business Day, the Games will result in more than double the TV broadcasting money brought in by the Athens Games in 2004.

As you might expect, sponsorships also make up a large piece of the revenue pie, accounting for 45 percent of all marketing-related revenue. Official sponsors include popular brands such as Coca-Cola, McDonalds, GE, Panasonic, Visa, Samsung, Nissan and Bridgestone. The returns generated from their partnership deals help offset the cost of preparing for the Games, and in turn, they receive opportunities to align themselves with the largest sporting event in the world. Even the Super Bowl pales in comparison.

If past is prologue, the revenue generated will positively impact Rio now and for years to come. Take London as an example. Two years after the city hosted the Summer Olympics in 2012, the British government issued a report on the economic impact not only for London, but for the country as a whole. It said: “The British economy has seen a trade and industry boost in excess of £14 billion (USD 23.8 billion) following the Games – beating the four-year target of £11 billion (USD 18.7 billion) in half the time – with British businesses securing contract wins, additional sales and new foreign investment in the two years since the Games were held.”

By hosting the Summer Games, Rio is able to show off its city to the world. As is the case with any major meeting or event, the Olympics have already helped stimulate the local and national economies by bringing in new visitors, who stay in area hotels, eat in local restaurants, shop in neighborhood stores and bring new revenue to the destination.

Rio also enjoys the added benefit of having hosted the World Cup. As a result, the city grew its overseas tourism revenue significantly, from $1.26 billion in 2008 to $2.10 billion in 2014. The tourism revenue brought in by the Olympics promises to be even greater, as hundreds of thousands of visitors are drawn to the city’s captivating architecture, carnivals and views. Business Day expects that tour companies, in particular, will benefit from the surge in tourists and will have to be innovative in their offerings in order to outshine competitors.

In this way, the Olympics are – and will continue to be – an economic engine for Rio and the broader nation of Brazil, supporting jobs and taxes that can be used to help fund programs and services in local communities, including schools, infrastructure and law enforcement.

So while you may not instinctually think of the Olympics as meetings, they are among the largest and longstanding international meetings in our history. They are a shining example of the power of meetings to produce real outcomes for people, businesses and communities.